The 14 Benefits of LED Lighting for Today's Maritime Captain 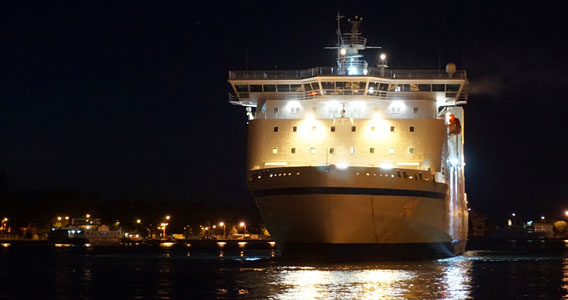 In 2012, the Department of Energy published a thorough report of their exhaustive research on LED lighting. Their efforts looked across the entire lifecycle of LED and other comparable bulbs – from manufacturing to transport to operation to disposal.

The result? LED lights did save energy over traditional lighting sources. But that’s not all. Energy savings were just the tip of the iceberg. Some of the other advantages of LED lights made them even more appealing.

For instance, LED lighting seemed perfect for maritime conditions. So much so, in fact, that the U.S. Naval Sea Systems Command embarked on a massive journey – to replace conventional bulbs with LED lighting across their fleet. Over 170 ships are now equipped with LEDs.

In 2014, the Navy issued this statement from Rear Admiral Kevin Slates, updating their progress and giving several reasons for the ongoing investments in LED.

You don’t need a whole fleet to recognize the advantages of LED, though. Other maritime captains are discovering the benefits, too.

Here are the 14 benefits of LED lighting:

With so many obvious benefits for maritime use, it’s no wonder why the U.S. Navy decided to make the switch. And many more are following their lead, from cruise ships to freighters to private fishing vessels.

You can have those benefits on your vessel, too.

At PTLX, our engineers and friendly staff will help you every step of the way, from design to customization to installation to maintenance to disposal.

Don’t wait any longer to take advantage of LED lighting on your vessel. Find the maritime lighting solution that’s right for you.

Welcome to the PTLX Global blog, where we write to educate, assist, suggest and recommend on lighting for Heavy Industry applications. We'll bring the latest and greatest in the industry as well as saftey tips and LED lighting devices you can use on your site or within your operation. Subscribe to updates by submitting your email address in the form below.  No worries - we'll never bother you.